France sent an emergency power alert to neighbors including the UK and Spain this week, asking them to be ready to send as much electricity as possible after a huge trading error jeopardized French supplies.

The request was triggered by a trading error by one of France’s regional energy providers, which accidentally oversold huge amounts of electricity over a two-day period.

The unusual alert added to Europe-wide energy stresses as the region faces its worst power crisis in decades owing to soaring costs driven by Russia’s cutting of gas flows.

It also underlined severe strains in France’s power network, which is struggling with an unprecedented number of outages at its nuclear reactors — the linchpin of its generation system.

French grid operator RTE said it on Tuesday sent the call for neighboring countries to prepare to export more power overnight. The UK’s National Grid and a person close to Spain’s power network confirmed that their countries received the alert.

Électricité de Strasbourg — which provides electricity to the area around the eastern French city and is majority-owned by state-backed utility EDF — said in a statement that it was investigating the “dysfunction”.

It said it had erroneously sold 2.03 gigawatts and 5.75GW of electricity in two separate transactions on September 6 and 7, and later added that the incident had cost it €60mn after it rebalanced its supply needs. Filings with RTE describes the issue as an IT incident.

Such requests for emergency help are rare. According to energy companies and grid officials, network operators typically send no more than a few per year, acting when they see a risk of supply falling short of demand.

Energy companies are, however, nervous about potential disruptions to intra-European electricity and gas trading if the region is hit by shortages this winter.

The French alert was sent after rebalancing operations at the end of the day showed that there could be a deficit of electricity at Électricité de Strasbourg, a person familiar with the matter said. EDF declined to comment.

Alerts are sent via the European Awareness System — which grid managers use to exchange information — and are used to ensure supplies from elsewhere can be mobilized. In this week’s French case, the extra supplies were ultimately not needed, RTE said.

Energy providers continuously enter into trades to match up supplies with demand. But the amounts at stake are abnormally large — one gigawatt alone is equivalent to the capacity of some nuclear reactors, or enough to power a small city for about a year. 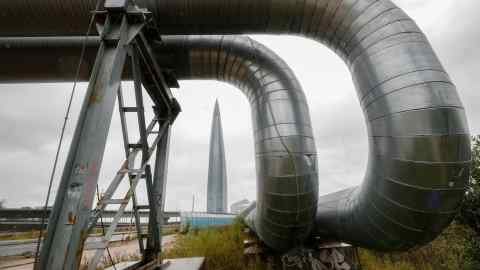 France was already turning to neighbors to provide extra electricity on a regular basis owing to its reduced nuclear supply, notably the UK — which has been a net exporter of electricity via subsea cables — as well as Germany and Spain.

But at the same time Paris is at loggerheads with Berlin and Madrid over a proposed new gas pipeline from Spain to France.

But Emmanuel Macron, France’s president, is opposed to the project, saying existing gas connections between France and Spain are not being used at full capacity. A pipeline that would take several years to complete would not remedy short-term strains and would push Europe further into a dependence on fossil fuels, he added.

“I don’t understand the short-term problem we’re trying to resolve [with this],” Macron said.

The French government is upping the pressure on the operator of its nuclear power fleet, EDF, to fix outages by the winter, after unexpected corrosion problems in some reactors added to scheduled maintenance stoppages and have plunged output to multi-decade lows.

At a meeting on Friday to address the gas price crisis, EU energy ministers in Brussels signaled their support for a temporary cap on the price of gas imports including those from Russia and a windfall levy on energy producers.

View all posts by admin →